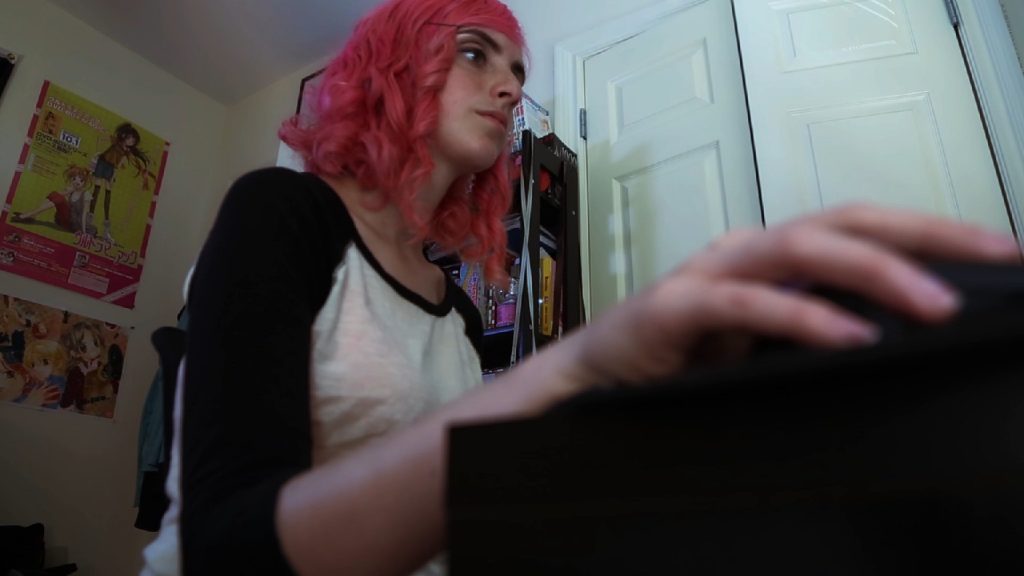 I’m not nineteen any more, and I haven’t been for quite some time, but I can at least remember how it felt. In Cibele I got a chance to follow the road to the first romance of a nineteen year old girl, and it was interesting. I also felt old.

The story in Cibele is said to be based on the experiences of the game designer. Nina plays an online multi-player game in a world called Valtameri, using the nickname Cibele, where she meets Blake, or Ichi in the game world. They chat and talk, and love happens and their relationship develops over time.

The story is partly told through having access to Nina’s computer desktop with chat windows and photos and by playing in the gameworld as Cibele while listening to Nina’s and Blake’s talking to each other, and partly through video film recordings. This way of telling the story feels inventive and fresh, and the awkward conversations feels realistic and familiar. However, the video sequences do not feel natural at all and the tempo of the story feels rather slow. I really like the general idea of Cibele a lot, but I believe that its execution could have been a lot sharper.

I like how the computer “game” medium evolves as a vehicle for story-telling. There are so many possibilities that cannnot be exploited using other, more traditional, forms of media.