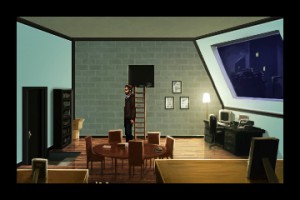 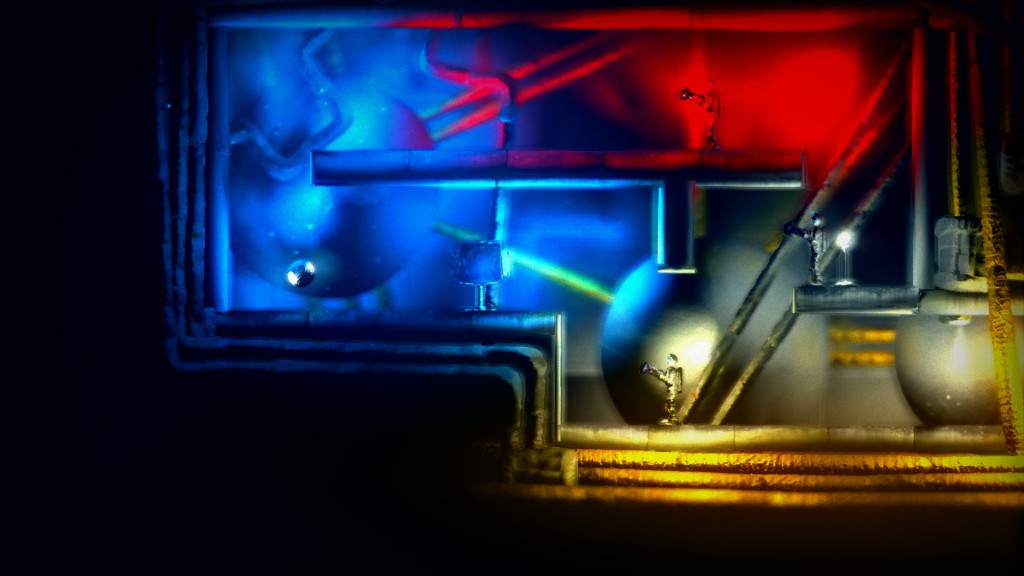 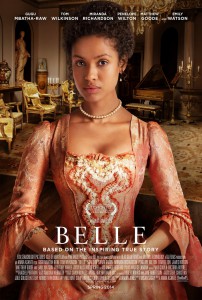 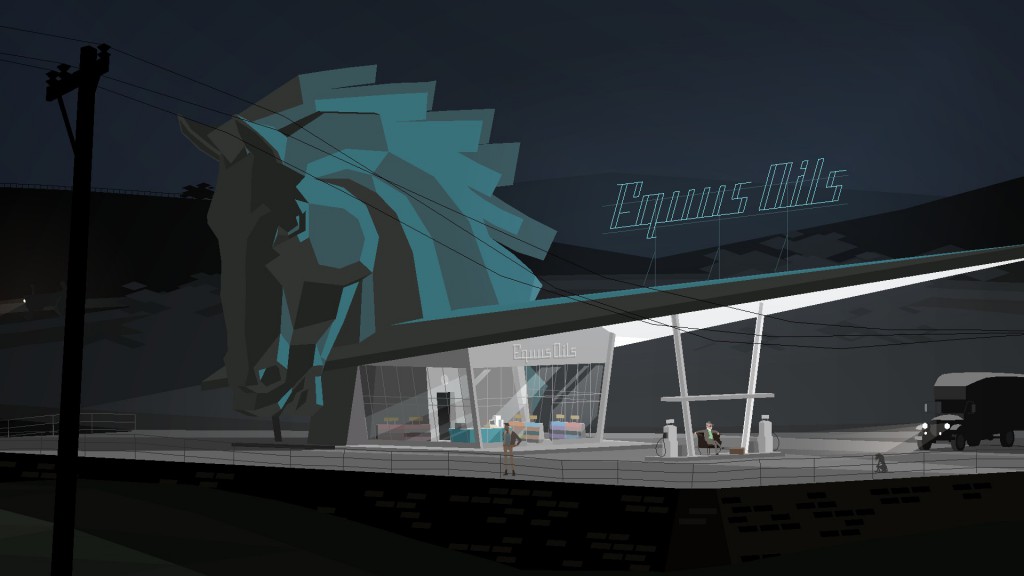 Many games have the character of a novel or a short story. Kentucky Route Zero is more like poetry, and as poetry it has a story to tell between the lines. The narrative starts when Conway, a truck driver, stops by a darkened gas station (Equus Oils) somewhere in Kentucky to get directions. He needs to make a delivery to an address which he cannot find, and is informed by the old man at the gas station that he needs to take the somewhat mysterious Route Zero to be able to make the delivery. Hence Conway starts his journey through the Kentucky night in search for the Zero.

Along the journey, Conway meets several characters with interesting and rich background stories. Examples of these are the cousins Shannon and Weaver Márquez that have lost contact with each other over the years, the young boy Ezra whose parents have disappeared and now lives with his unusual brother Julian, and the motorcycling musicians Johnny and Junebug. During the night, Conway also uncovers more and more details about a complicated story from many years ago involving the three then college students Joseph, Lula and Donald:

It’s something like a tragic love triangle, but much more complex. Some kind of tangled, painfully concave love polygon.

One of the main themes in Kentucky Route Zero is that of being too late, or to some extent not in phase with the present. It takes its form in the use of old electronic equipment, stepping into abandoned industrial sites, handling bureaucracy and lost love, and visiting museums. It is also reflected in the general gameplay, which is mostly the point-and-click style of old adventure games. The strongest example of this theme is shown in the Lower Depths bar in the most powerful scene in Act III of the game. That scene may actually be the most powerful one I have ever experienced in a computer game. The magic of that scene must be experienced in the game; it cannot possibly be described by me in words.

The atmospere in the game fits the story perfectly, both with its, somewhat angular, visual appearance and its almost perfect music score. The changes in the mood and the tone are often subtle but efficient. The writing is excellent, and the way that the character controlled by the player changes over time opens up for good variations in the way the story plays out. However, the last aspect of course also opens up for some confusion along the line. 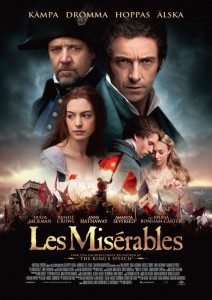