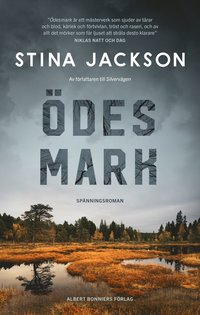 You are Geralt of Rivia, but you start unconcious and with no memory of anything. Early on you will learn that you are one of a small number of witchers, a not entirely human kind of monsterslayer, immune to most diseases and exceptional in combat. You also notice that even though you don’t remember other people they will still remember you, and many are surprised that you are alive contrary to several eyewitnesses of your demise. However, bandits attack the home base of the witchers and leaves with important alchemical equipment. The remaining witchers split up in search of the bandits, and the trail you follow leads to the city of Vizima where you meet a magically gifted boy. From this point you gradually uncover a large and relatively complex plot ultimately involving the future of all mankind, and you also rediscover yourself of course.

The Witcher is a game with some very good aspects: The game world is immersive (which is natural sinced it’s based on a series of books), the story is surprisingly deep both in that it is not immediately obvious what impacts will follow from the choices the player makes and that nothing is straightforward, and most of the environments are nice visually making the game very atmospheric. Bad sides of the game are the rather clumsy fighting dynamics, a somewhat uneven tempo in the storyline progression, and that some of the romantic parts feel rather lecherous. But yes, clearly there is stronger good than bad sides in my feelings for the game.

I particularly enjoyed the way the story in The Witcher is laid out. It’s very open in a way that would not be possible in a game with a more generous character creator. In this game you are Geralt, but what that actually means is determined by the choices you make within the story and not by any initial choices before playing. That is really refreshing compared to other games in the role-playing genre.

The game has been around for about thirteen years now, so it feels sometimes a bit vintage. I also had some problems with crashes which is unexpected in such an old and widely distributed game, but on average one crash per ten hours played is not too annoying. I will of course continue my adventures with Geralt in the two further games when I get the time for it. I’m looking forward to it.