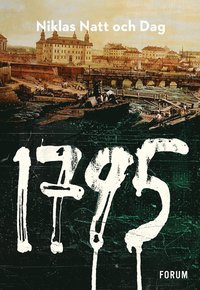 The Witcher 3: Wild Hunt is considered one of the best computer games ever made by many people. It is also following up The Witcher and The Witcher 2: Assassins of Kings, two games that I really enjoyed playing, so it is not a surprise that I also liked this game during the six months I dedicated to it…

The initial plot is simple. Geralt, the witcher, is searching for his old lover Yennefer in the war-scarred countryside after a major battle between the Nilfgaardian and Temerian armies. He finds her and follows her to Vizima. On the way there they are attacked by the Wild Hunt, a group of icy specters travelling between worlds. It turns out the emperor Emhyr var Emreis in Vizima wants to hire Geralt’s services to find the emperor’s daughter Ciri, who has also been under Geralt’s care, and who is believed to be the reason for the Wild Hunt attacks. There are only three vague clues of Ciri’s potential whereabouts so it is not an easy task for Geralt to find her, even though he has superhuman senses, good fighting skills and a large network of acquaintances to aid him.

What makes The Witcher 3: Wild Hunt is that it feels like the world in the game is alive. The people in the game reacts to what is going on, and there are many, many stories on the side of the main story that are worth looking into. The game has a strong focus on the story, and many of the choices that you make in it have effects on the outcome. The fighting and action sequences are significantly more streamlined than in the earlier games in the series which makes this game more relaxing to enter. There are some minor technical issues that started to annoy me after some time: I had for some reasons difficulties with precision riding to such degree that it was hard to navigate forks on forest paths, and the game had a habit of (well it happened about five times in the six months I played) crashing immediately after important dialouges forcing me to reload and restart those.

The game is rather massive, especially for somebody like me who wants to see as much as possible of it, but in contrast to other games of this size I never felt that The Witcher 3: Wild Hunt overextended its welcome. I was enjoying it all the way through to the end. Also after the end, since I also played the two expansions Hearts of Stone and Blood and Wine, where in particular the latter one was a nice experience. It felt like a good final end to the adventures of Geralt, the Butcher of Blaviken.