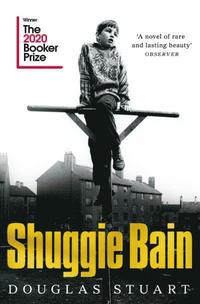 Glasgow in the 80s seems to have been a bleak place as an industrial town with the industries newly gone but the industry workers still there. In addition it was also a violent place, with strong tension between catholics and protestants. That is the setting Douglas Stuart’s price-winning novel Shuggie Bain.

The titular character, Shuggie, is the youngest son of Agnes Bain, and the focus of the book is on her although the story is about Shuggie. Agnes was a stunning beauty, who left her first husband because he was boring, although kind, and she took their two children with her. Her second husband, and the father of Shuggie, Big Shug, had a more magnetic personality, but was also mostly absent at work as a cab driver. The family moves to a very rough area in the outskirts of Glasgow, and then Big Shug promptly leaves to live with another woman. Agnes was always a heavy drinker, but this turns her into a full alcoholist. The book tells the story of Agnes’ downward spiral into alcoholism and poverty and her children’s ways of dealing with it while growing up into a rather hostile world.

The book is really good, and from all the details in the story it is clear that a lot of it comes from the experiences of the author. It is also very moving, with Shuggie’s deep love of his mother and his fight to keep her afloat, and alive. The book is well-written with a clear language, but there were a few expressions and concepts that I had to look up mostly due to the, for me as a reader, unusual setting. So the book deserves all the good reviews it has received, including this one.