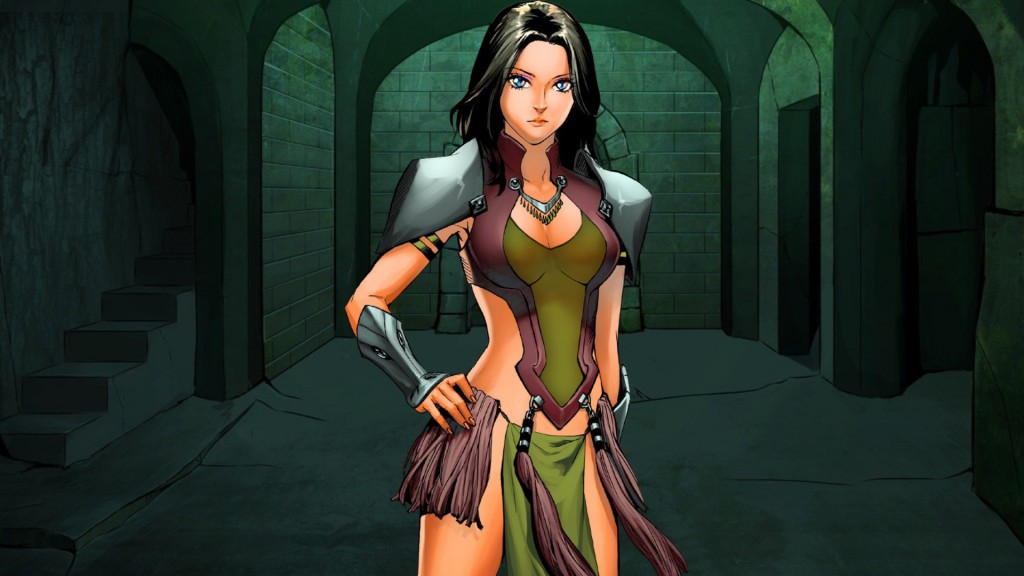 You are a slave in the Amazon queendom of Aravorn. One day, your queen Karen disappears without a trace. Her daughter, princess Loren, is determined to find Karen and chooses you as a companion on the journey, mainly because you know healing magic. Along the way a diverse group of able talents joins the search party, and a war breaks out threatening the lives of all inhabitants in Aravorn. And this is just the front face of an even greater threat.

Loren the Amazon Princess is mix of a role-playing game and a visual novel. The story is told through dialogues, where the player has some opportunities to add a bit of personality to the character he/she controls. This eventually leads to some romantic opportunities with other characters in the party of heroes. Some violence is of course needed once in a while with turn-based fights of classical type where some loot can be obtained. The loot can be equipped, or sold in shops where some other equipment can be purchased. Finally, the player and all companions level up once in a while so all standard elements in a role-playing game are included.

Apart from the tediousness of levelling up and equipping fifteen-ish characters and the annoyingly generic background music, the game is quite enjoyable. Loren the Amazon Princess is neither pretentious nor bland and I am surprised by the large number of hours I have already invested to finally see the end of the story.