Everybody knows how hard it is to lead a cult, especially if one’s aim is to ascend into immortality. Food is needed to keep the hunger away, a balance of dread and fascination has to be kept, and the less mundane activities, such as traversing the Ways of Mansus, have to be hidden from the eyes of the law. Those are, however, minor issues in the all-absorbing search for lore, followers and influence using one’s health, passion, and reason as currency.

Every cultist leader has to start somewhere. In the case of the game Cultist Simulator, the starting point is a desktop containing two items: a square with a hand, and a rectangle with two legs and the words “Menial Employment”. There is also a hint that work is needed in order to get money, and that it actually a good description of the game. A large point of it is that no real instructions are given, only hints, that may be more or less obvious, towards what is expected. That is also a frustrating point, in particular when hints are misunderstood or simply missed. The starting point also shows that the game is abstract to the extreme. There are cards and actions, and there are timers involved, but there is no other direct game elements. The story is told through the written pieces of information, and on the interactions produced from combining cards with actions. It is all cleverly done, but the game requires patience from the player in order to proceed, and stress resistance in order to prevail when the notoriety grows, and the fascination is growing out of control.

So this is a game that is stressful, but without action, and it requires reading, understanding, and seeing how to connect loose ends. It is also a game that is more similar to advanced board games than to traditional computer games. Thus, Cultist Simulator, is clearly not a game for everyone. I found it to be rather time-consuming for my taste, but it looks good and it sounds acceptable, so it was not too annoying during the time consumption. I like the game quite a lot, but the hours I spent playing it could have been used for the betterment of mankind instead. I actually learnt from this game that my heart is too weak for true ascencion. The House is no place for lovers. 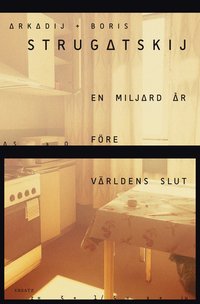 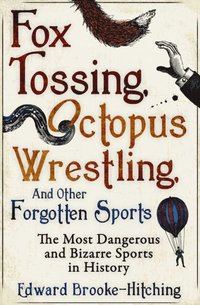 It is rather interesting that a book that claims to contain more than one hundred of the most dangerous and bizarre forgotten sports in history does not clearly define exactly what turns an activity  into a sport. That is something that at least I would have found to be a very interesting starting point for a deeper discussion. Instead Edward Brooke-Hitching, in his Fox Tossing, Octopus Wrestling and Other Forgotten Sports, aims at providing light entertainment for the reader, an effort with which I think he is successful. I am lightly entertained.

It seems that the sports in this compilation can be divided in a small number of main categories: There is a surprisingly large selection of different ways to torment animals, a variety of ill-advised ideas in exploiting technological advances, a number of businessmen milking money from a crowd by offering something novel, and of course all the different ways village brawls can be codified. In my opinion only the last variety is what I would call sports. However, if I see the book as a collection of human ideas for physical entertainment through history everything makes sense. We, as a species, are very inventive in finding ways to spend our time, which this book is evidence of. It is nice to bring out the book to read about a “sport” or two and chuckle a little, while waiting for the snooker to start on TV after the Formula 1 broadcast.