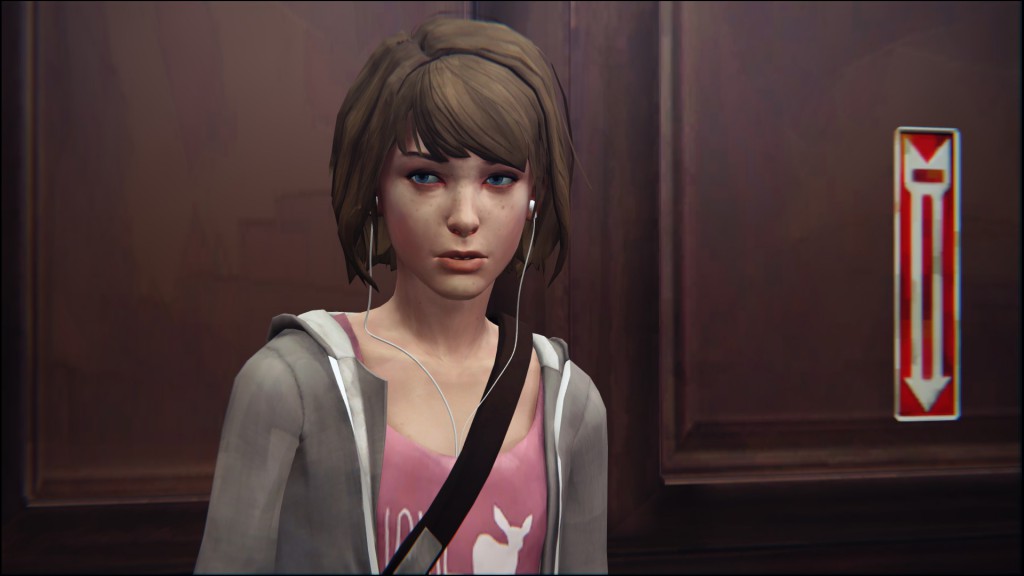 There have been many occasions where I have played a game to reach a situation where I have faced a tough choice of some kind. A typical method to select the optimal resolution is to save the game, test the different alternatives and see which one leads to the best immediate result. When I played Life Is Strange I realised that it is a game where this behaviour is the actual main mechanism.

The game begins when the protagonist, Max, experiences a tornado destroying the town of Arcadia Bay, Oregon. This event turns out to be only a realistic vision when Max wakes up in her photography class. She is a senior year high school student of Blackwell Academy and she is very fond of her instant camera which she uses to record major and minor events of her life. In order to recover from the shocking tornado vision she visits the restroom where she takes a photo of a butterfly. And witnesses a murder of a girl. And realises that she somehow has gained the power to rewind time and the ability to make changes in the flow of events. Thus she saves the girl who turns out to be Chloe, Max’s best friend growing up, and the story starts from there.

Life Is Strange is more an interactive story than a game. It is therefore very strange that I really liked the game despite feeling that the story is rather bad. It is certainly an interesting concept, but the story as a whole only explores a very limited range of possibilites with a time rewinding power and some of the plotline feels somewhat strained. The reason I like the game so much is instead the excellent storytelling and the atmosphere. The teenagers in school seemed at first to be extremely stereotypical but as the game moved on they started to feel like actual human beings, and in the end I really cared about almost all characters in the game. My feelings tend to be easily manipulated when I read books or watch films, but this is one of the rare occasions I have had these feelings playing a computer game. That is also the reason why I ignore that the tempo of the game is very uneven with some unnecessarily tedious tasks (for instance finding five bottles in a scrapyard that contains only those five bottles), and that the interface feels a bit clumsy. The characters have stayed in my head for several days already, and it seems that they will remain there for some time. I believe that is good.