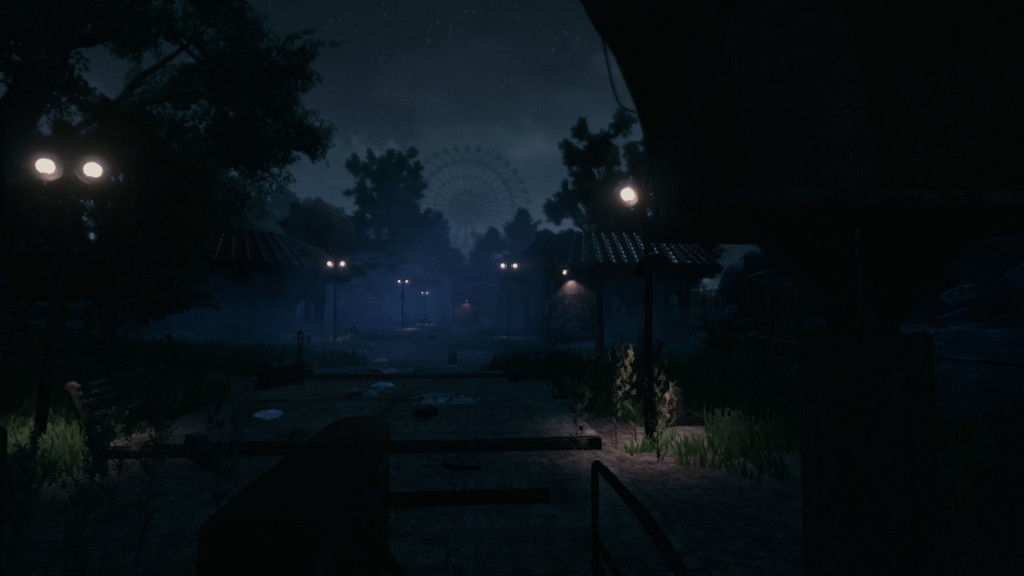 In The Park you play as Lorraine, a single mother. The game begins at her car on an otherwise empty parking lot outside the Atlantic Island Park, an amusement park that has just closed for the day. Your son, Callum, has lost his teddy bear and you go to the entrance to ask the attendant if it has been found. Suddenly you hear Callum enter the park. You need to search for him in the now empty and dark amusement areas. While doing this you learn more about the history of the park, and also, maybe more importantly, more about yourself through objects you find and through an inner monologue. Have you failed as a mother?

The gameplay in The Park is very basic: You walk around in the park, click on some objects and shout for Callum, and there are no real choices you can make in the game. However, The Park is not really a game in the traditional sense. Instead the focus is on the atmosphere, the suspense and the storytelling and I think that these aspects are well executed. Despite some unnecessary, and honestly stupid, jump scares I found the story very scary on a psychological level, and towards the end I was also moved to such degree that I played with tears in my eyes. That does not happen often when I am by the computer. Since I often cry watching films and reading books it seems that my eyes consider The Park to be an expression closer to those formats than that of other games.

The Atlantic Island Park is a location in The Secret World, an MMO I have played excessively the last couple of years, and the storyline in The Park fits well into that universe.