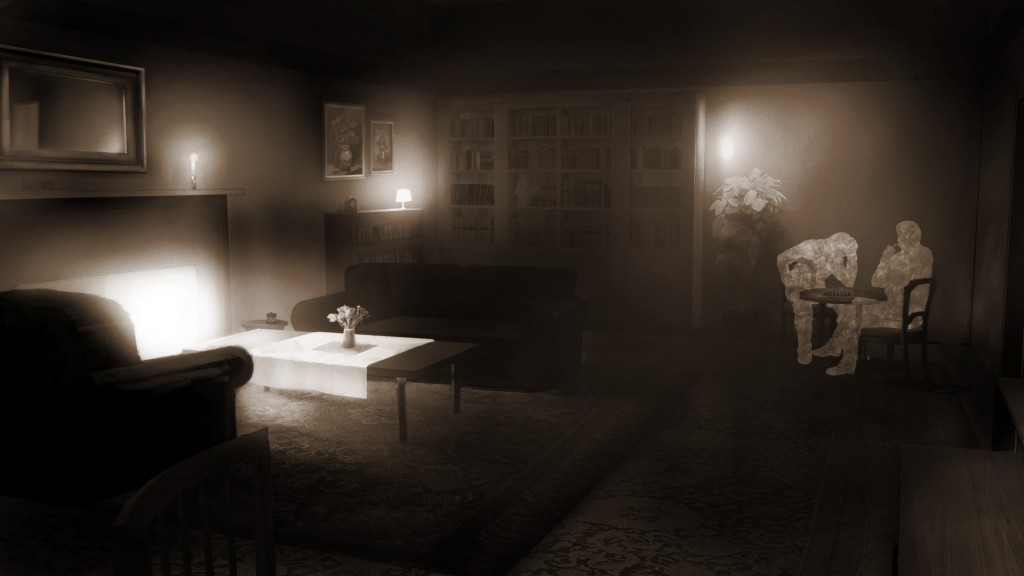 A little autumn conspiracy is never wrong. In The 39 Steps Richard Hannay, the protagonist of the story, learns about an anarchist plot to destabilise Europe and initiate a large war. The setting at the beginning of the story is London in May 1914, so there are spies everywhere even where it is not expected. Hannay has to leave his home in a hurry when he realises that he is about to be framed for murder, or alternatively be murdered himself, and travels to Scotland to hide for a while.

The 39 Steps is not a game; it is a digital adaption of the well-known novel by John Buchan. The “player” makes no real choices in the game, but is instead allowed to uncover the story at his/her own pace. I found that I preferred to go through the story slowly, in order to fully enjoy the combination of the stylish game art and the moodful theme music, even though I found the voice acting sometimes very poor.

The art is really the selling point of this game. A large number of well made digital painting provides the backdrop of the story. These are all made without showing any living humans which provides a certain emptiness to the art. It feels as if life itself has abandoned the world during the build-up before the great war. When people are added to the art, they are only in the form of fuzzy ghostlike outlines adding further to the feeling of desolation. However, when the characters tell stories, they are in the form of quite funny-looking animations similar to clips from silent films.

The total experience is like reading an adventure book with nice art while listening to a soundtrack. That is a nice way to unveil a major conspiracy.