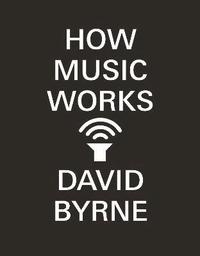 David Byrne is one of my old heroes, as frontman of Talking Heads, solo artist as well as film director. In How music works, just as the title states, he explains in writing how music works. In the ten chapters of the book he goes through several aspects of the creative processes behind the music, how the music created is affected by the venue it is made for or the development of technology, and also briefly how the music industry functions.

Of particular interest for me are the stories of the creative process behind the Talking Heads albums. Now I understand why their music evolved the way it did through their discography.

Each chapter of the book is written to be more or less self-contained so that they could be read in any order. This is good if you are interested in only one aspect of music but if you, like me, prefer to read through the book from the beginning to the end you notice that there is some repetition in places. However, since repetition is quite an important aspect of music it does not really matter much for the overall impression of the book.

I certainly recommend this book to everybody with the slightest interest in music and its conjuration. Now it is time to make some music.

I have enjoyed folk music for a very long time but there have been some issues that have bothered me.
Since folk music often is defined as traditional music, I could never understand how it was ever possible to compose new folk songs since there is a time element needed inorder to develop a tradition. There also seems to be a requirement that a performer has to identify himself/herself with a certain folk, or to be identified as part of the relevant group of people, but I was never sure how to decide which group I should belong to, or if I would be allowed to play music from other traditions if I start in one.
I really wanted to create folk music, but the buit-in restrictions mentioned above for this kind of music forced me to define that the folk it was connected to would be just me. Furthermore, I had to play my song repeatedly every time I got access to a musical instrument so that it would become a tradition, at least in some sense. It took a year or so until I felt that I could claim my song to be a folk song.
Only after this long process, I squeezed the song into my Amiga and compressed it to become the little tune presented here.

In the middle of the 1990s music sampling was done everywhere, even in my student room.
Since I, for some reason, had become a bit obsessed with the notion of ‘heavy riffs’, I borrowed a sampler from a friend and connected it to my Amiga and to my stereo in order to fetch a riff from which I could make a loop. Logically, the riff to loop should be a riff by the band Loop that I had on CD, from the song Arc-lite to be precise.
It was more difficult than I had expected to use the available tools to work with the sample so that it could actually be used. In addition I realised that looping a riff from a riff-based song would essentially mean copying the song, which was not what I originally intended. Thus, I had to depart from the idea of perpetual looping. Since I was rather exhausted from the work on the first and only sample, I simply added some standard sounds to the mix, and turned my ambitious riff-based song into a simple standard nonsense tune.
This is still my only attempt in sampling and looping. 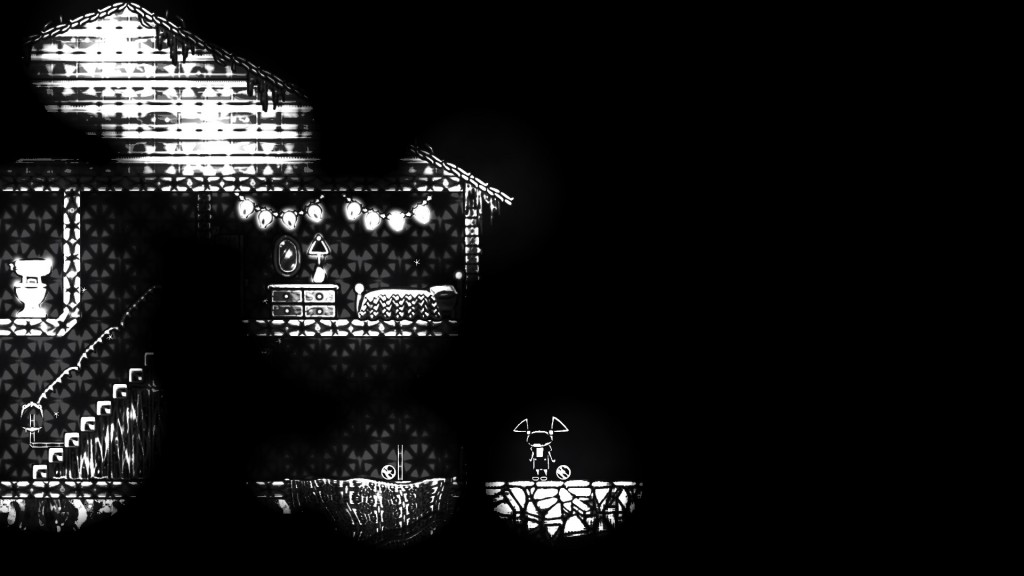 Closure is a puzzle game that I have found myself playing far too much during the last week or so.

The main idea of the game is that illumination is everything. Anything that is not illuminated you cannot see and thus it does not exist. This means that in order to walk around you need to make sure that there is a light source anywhere enabling you to see the floor. This also means that you can pass through walls and other obstacles by making sure that they are kept in the dark. Thus, in order to progress in the game, the player has to think a lot about how to place the light-bulbs and where to direct the lamps, so that the next door can be reached.

The importance of illumination is also reflected in the beutifully aesthetic artwork in the game. It is refreshing to play a game with such large amounts of darkness, making the rooms in the game feel both infinite in extent and cramped at the same time. In combination with the fittingly moodful music, it creates an eerie atmosphere throughout the game making the impression that there is an important story being told in the game. The problem is that I cannot in any way understand the meaning of it, but I still need to solve the next puzzle (and the next) in order to find closure in the end.

After the unusually well-made tutorial, three doors are presented. Behind each door lies a different world (factory, hospital, carnival), each containing 24 levels with, in general, progressively more advanced puzzles. There are, however, some puzzles that are really difficult to solve lying out of order of the general progression, but none of them were impossible to solve, even for a novice puzzle gamer like I am.

I really enjoyed playing Closure, and I recommend it to anyone who likes atmospheric games with puzzles requiring some serious thinking, and who can put up with, at times, somewhat over-arty game design choices. 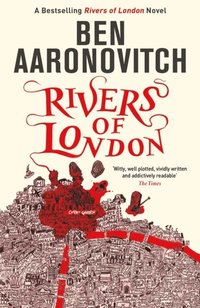 One of the limitations when making musik on the Amiga was that there were only four channels with which to work. In order to fill out the sound, a dirty trick I thought of was to make sure that each sound sample was so short that the next could follow immediately without cutting off anything from the previous sound. This song was a test if that would work in practice.